Please note procedures may change at any time.  We recommend contacting the Ecuadorian embassy or consulate nearest you before traveling for the most updated information at https://www.cancilleria.gob.ec/estados-unidos/.

We also encourage you to visit our COVID-19 webpage and the Government of Ecuador’s webpage for the latest information on COVID-19 in Ecuador.  - https://ec.usembassy.gov/covid-19-information-ecu-2/ 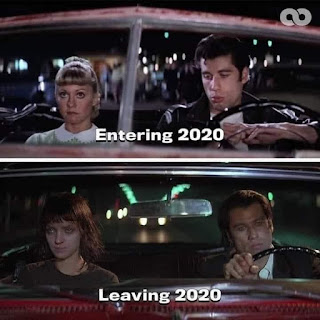 Posted by Journeyman Jack In Ecuador at 5:05 PM 1 comment:

SOLD OUT! SKIP these 5 beaches in Ecuador if you want CHEAP beachfront p...

Posted by Journeyman Jack In Ecuador at 8:45 PM No comments:

All of my pc's tablet, and smartphone are 10 x's faster than 2 weeks ago since I have been off of FB- 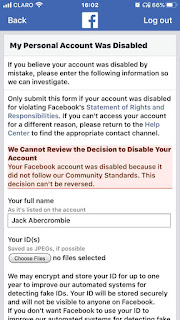 - Consider deleting FB (not suspending, but the one that takes a couple weeks for them to release you).

- De-google your life with Brave browser or Gab's Dissenter for laptops.

- Close the tabs when you leave a site

But, I can be found on the following free speech social media Platforms:
Join up a lil at a time as you get a feel for the differences of how they operate, so as not to be overwhelmed, I find GAB to be very refreshing over fb, it is a good place to start:
1...GAB: gab.com/ABERCROMBIE
2....MINDS: www.minds.com/journeymanjackinecuador/

(JULY 2019)  'House Hunters International' Quito- S149, E12- 'Quiet Time in Quito'
I helped on set & location on a recent HHI that focuses on the Cumbaya & Tumbaco Valley, I assisted the 'HHI' production film crew with prior planning, property shooting locations, lodging & logistics. My name: 'Jack Abercrombie' is mentioned briefly in closing credits, Has been released on HGTV On TUE 12 & WED 13 NOV 2019- https://www.hgtv.com/shows/house-hunters-international/episodes/quiet-time-in-quito

(JULY 2019) The Dollar Vigilante Groups: Cuenca/Quito, Ecuador- LUIS: "Dear subscribers, today I am with a friend, Jack, and he is in Ecuador, and as I learned more about it, he's actually in Quito but at the same time, he's everywhere in Ecuador.
We're going to discover this lovely place and all the places that he's able to touch in Ecuador, and have him help us see through his eyes. Thank you so much, Jack, for this opportunity.-JACK:
"Yes, a good evening. Glad to be speaking to The Dollar Vigilante Group." -
https://dollarvigilante.com/wp-content/uploads/2019/07/TDV-JUNE-2019-Issue.pdf

(MAR 2018) 'House Hunters International' Quito-
People always have perception that Ecuador is poor yet it’s so rich in the beauties here- 'amo a mi paiz!' I assisted the 'HHI' production film crew with prior planning, property shooting locations, lodging & logistics. My name: 'Jack Abercrombie' is mentioned briefly in closing credits at at the 21minutes, 24 seconds,- https://www.youtube.com/watch?v=zvWwICLZQqo

Posted by Journeyman Jack In Ecuador at 5:04 PM No comments:

Event Horizon Chronicle: The Semi-Calm Before The Storm and (The Ecuador Report) 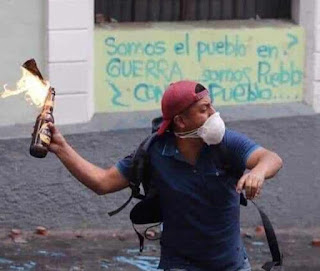 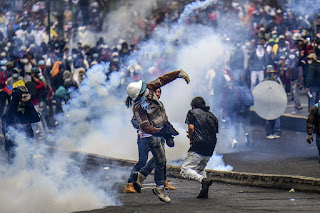 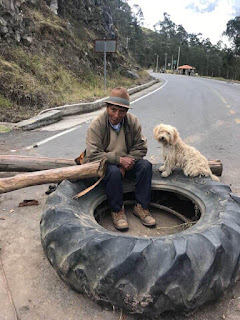 The health, economic and social crisis that the country is experiencing has led to that the National Government adopt a series of actions and policies that have been rejected by social, trade union, indigenous organizations, considered unpopular. 😦 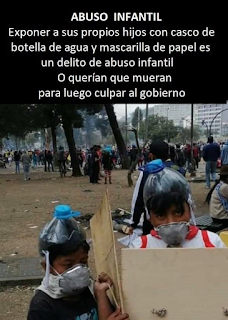 These organizations declared October as THE MONTH OF THE
RESISTANCE AND POPULAR STRUGGLE for which, they called a * new national day of mobilizations for the 22/2020 * protests in
those that antagonistic groups such as the Proletarian Bloc would participate, Antifascist Action, 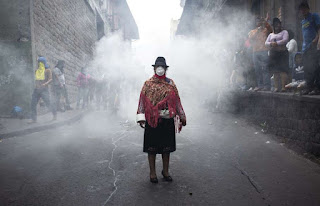 👧🏻👨🏼‍🎤👩🏼‍🎤Guevarista Youth among others, whose purpose will be
take advantage of these protests to generate violent actions against
National Police. 👮🏼‍♂️ 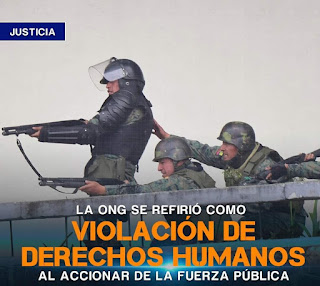 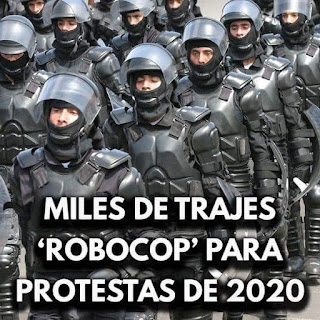 Event Horizon Chronicle: The Semi-Calm Before The Storm: I read a lot, in English, also somewhat in Spanish. I monitor a lot of websites. I pay attention to my dreams and visions, and the dreams an... https://eventhorizonchronicle.blogspot.com/2020/10/the-semi-calm-before-storm.html 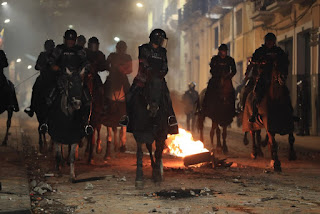 Posted by Journeyman Jack In Ecuador at 4:58 PM No comments:

-"With only two weeks remaining before the November 3 Election Day, the U.S. Embassy in Quito and Consulate General in Guayaquil strongly recommend that you return your ballot electronically (by email, fax, or internet) if your state offers these options. There are many mobile applications that allow users to convert a photograph to a fax if your state allows ballots to be returned this way.

If you must send a paper ballot, we urge you to use an express courier service as soon as possible to make sure your ballot arrives to your election official before your state’s deadline for receiving ballots.  Remember that some couriers do not ship to P.O. boxes.

If you are expecting a paper ballot by mail but have not received it, consider using the Federal Write-in Absentee Ballot (FWAB). Every state accepts the FWAB in lieu of the local ballot. You can use the FWAB as an emergency, back-up option if you do not have time to return your local ballot. To download the FWAB, visit the website for the Federal Voting Assistance Program here. 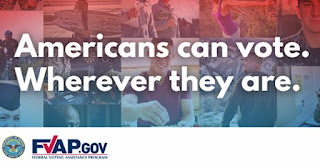 Ballots dropped off at the Embassy and Consulate General at this point would be unlikely to arrive to your state in time to be counted as delivery times to the United States are between 4-6 weeks. That said, the Embassy and Consulate General will continue to accept ballots through Election Day. Please see our website for up to date information on the days and times when you can drop off your ballot. 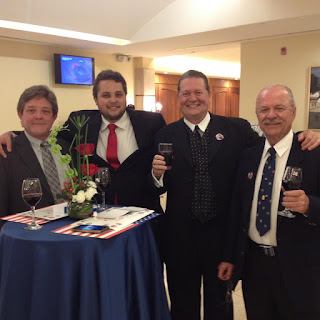 For more information on your state’s local requirements and deadlines, please visit www.FVAP.gov.  If you have any questions, please contact VoteQuito@state.gov or VoteGuayaquil@state.gov 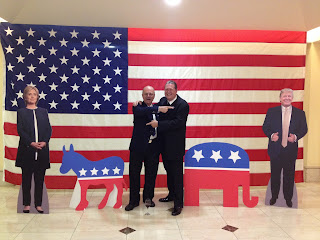 Above Photos from the last US Presidential Election Night Banquet by the US Embassy held at the 'Hotel Colon' in Quito. TUE 08 NOV 2016. Deja vu 2 weeks out in 20/20, polls show an ez win for Ole Joe, and last minute negative damaging docs and info being strategically released on a daily basis. 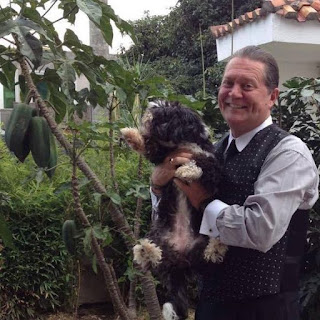 It's been a long 4 years, 'this too shall pass' 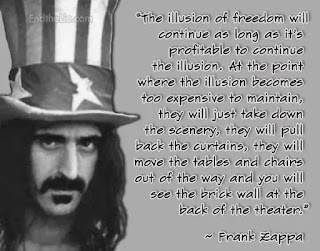 -All the Very Best on Your Endeavors in Ecuador-
My Services, web & blog links, articles, photos,
videos, references, info and contact
tel. #'s - US & EC. are all below:

Hi All,
I have been removed from all of FB groups - pages and fb pvt. messenger, back a week ago on SUN 11 OCT 20/20,
i have submitted an appeal, and maybe will be back on after the sell-ection, and maybe knots?!


...but, meantime i can be found on Gmail: journeymanjack.com@gmail.com
and Yahoo: jackabercrombie1492@yahoo.com

It's befuddling what fb will, and will not allow:
The Giant is Waking up:

Posted by Journeyman Jack In Ecuador at 9:35 AM No comments:

Posted by Journeyman Jack In Ecuador at 6:50 PM No comments:

"Ecuador was the first country in Latin America to experience a significant outbreak during the global Covid-19 pandemic. The country has been hit hard both by the virus itself and by the disruption caused by efforts to contain its spread. After growing by only 0.1% in 2019, Ecuador’s GDP is expected to contract by 8.7% in 2020. 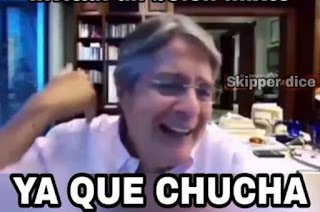 Meanwhile, the country’s embattled president, Lenin Moreno, has an approval rating of under 10%. With a presidential election on the horizon in 2021, Ecuador is at a crossroads. Ecuador’s economy is expected to bounce back in 2021, but the country’s next president will still need to rally support for reforms to the way pensions and state-owned enterprises are managed, and continue to look for ways to diversify exports. In 2019 oil accounted for over a third of Ecuador’s export income.

Encouraging investment and growth in new sectors will be essential for creating jobs and generating additional tax revenue. Foreign investors and executives doing due diligence on potential investment projects in Ecuador need to understand the country’s evolving political risk profile.

To discuss the current dynamic in Ecuador, I reached out to Sebastian Hurtado, the president of PRóFITAS, a political risk consultancy based in Quito, the country’s capital city.

Nathaniel Parish Flannery: Ecuador was in the news for being one of the first countries in Latin America to be hit hard by the coronavirus contagion. Where do things stand now? 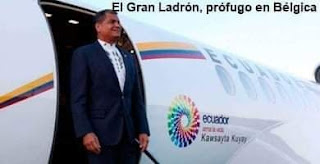 Sebastian Hurtado: If you look at public records for total deaths in the first 6 months of 2020, half of the 28,000 excess deaths occurred in April, with over 12,000, an increase of over 300%, occurring in Guayas province, the original epicenter of the pandemic. Since then however, in May and June deaths fell dramatically at a national level as the pandemic subsided in Guayas, most likely due to a certain level of immunity achieved in that region and protective measures. In July, deaths began to rise again as the virus advanced in other regions, including the capital, Quito, however, they stabilized in August.

The government responded to the virus initially through a strict two-month national lockdown in mid-March and the implementation of social distancing measures. Although the response was too late in Guayas, it has been successful in preventing the recurrence of the disaster scenario in the province, which made international headlines due to grim photos of bodies left in streets of the province’s capital, Guayaquil. The effect of these measures is that the curve of cases in other cities, notably the capital, Quito, has been much less steep, with the virus spreading slowly which has mitigated the strain on the health system. 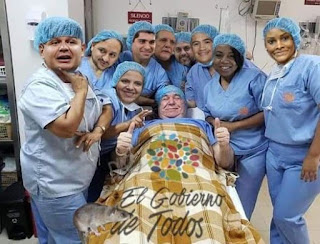 On the other hand, Ecuador has struggled to develop adequate testing and tracing infrastructure, limiting its ability to limit the virus’ spread further and raising worries about how recurring outbreaks can be effectively contained. Furthermore, as is the case in many developing countries, inadequate living and working conditions make social distancing difficult, providing ideal conditions for the virus to spread and further complicating the work of tracing teams......." -

Posted by Journeyman Jack In Ecuador at 9:41 PM No comments:

Journeyman Jack In Ecuador
Quito, Pinchincha, Ecuador
Come see us in Ecuador with a Southern Hospitality Guide to Relocation: http://JourneymanJack.com/ Welcome to Ecuador! I have been living in Ecuador full time since 2008, and am a Dual EC / US Citizen. Quito is the Capital, right on the Equator, at 9,350 ft. (1.77 miles) above sea level in the heart of the Andes Mountains, where the weather is 50's in the evening, and 70's during the day all year round. Valley of Eternal Springtime! EC has 1,400 miles of Pacific CoastLine, much akin to Hawaii's volcanic sandy beaches, flora & fauna. With year round summertime warmth. Both the Sierras & Coast have a year round growing season. Do not hesitate to contact me for all your relocation or exploration needs! {Immigration, Residency, Marriages, Dual Citizenship, Passports, Translations / Translator, Law / Tax, Banking, Farm Land, Rentals & Realty, Expat Meet ups, Shopping, Insurance, Healthcare, Sea Container Shipping & Logistics}